There is a debate amongst bibliophiles over which bookstore is actually the oldest in the world. Both of these historical landmarks are literary must-sees for avid book collectors. The Guinness World Records has declared Bertrand Bookstore in Lisbon, Portugal the oldest but Moravian Book Shop in Bethlehem, Pennsylvania may have something to say about that statement.

Bertrand Bookstore in Lisbon, Portugal was opened in 1732 by Peter Faure. Located in the heart of Lisbon, next to the Opera, this bookstore is considered the oldest bookstore in the world and was declared as such by Guinness World Records in 2011. 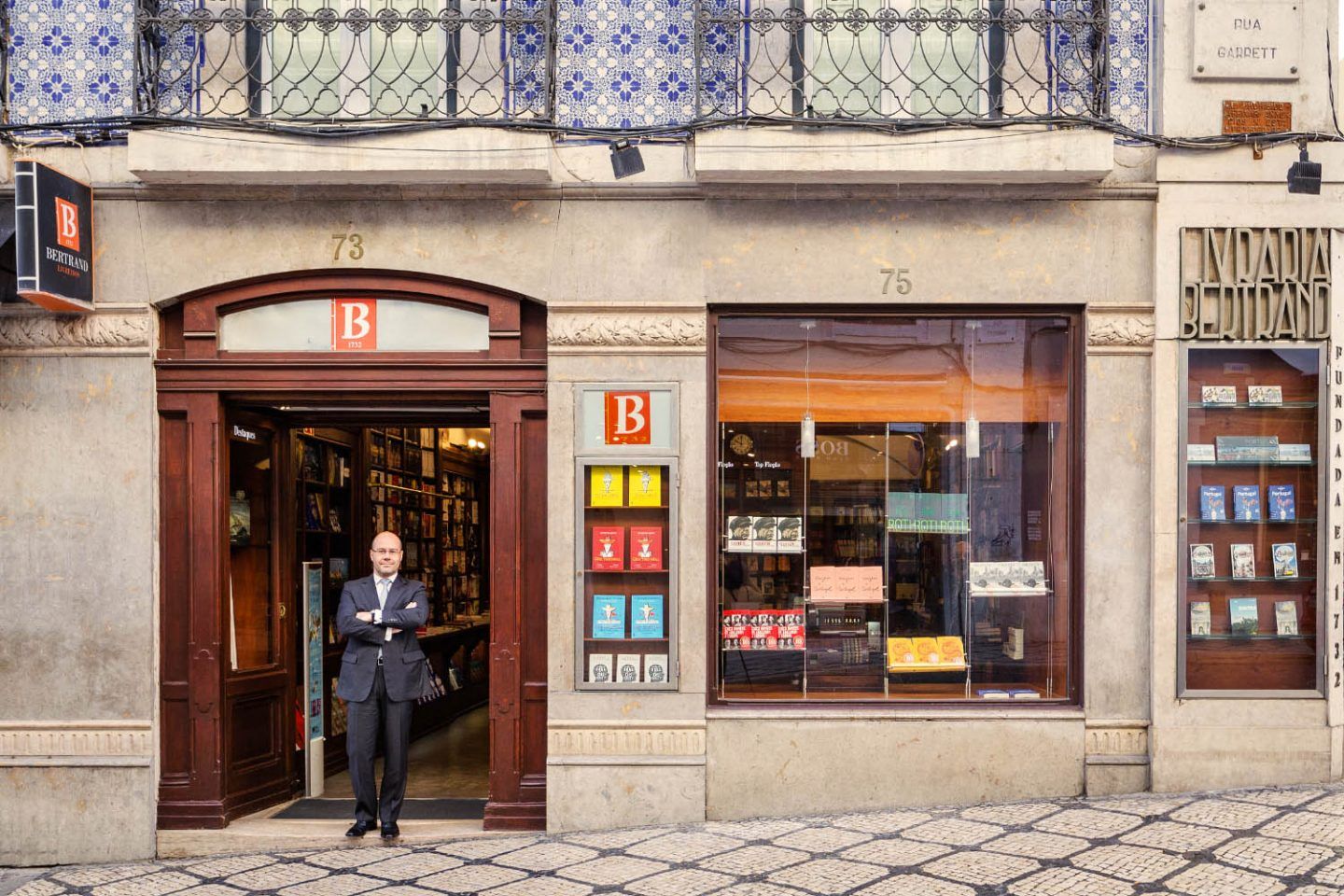 A great Lisbon earthquake in 1755 destroyed most of the city including the original store. This massive earthquake was the inspiration behind Voltaire’s Candide. The shop was forced to relocate to a new location, but after 18 years, in 1733, Joseph Bertrand brought the bookstore back to the now rebuilt Lisbon Baixa. The Livraria Bertrand Bookstore was born and is now the cornerstone of the Bertrand Bookstore chain with more than 50 stores throughout Portugal. The Livraria has it’s own printing press, holds workshops on printing and writing, and even has it’s own font. The typeface is prominently displayed on the sign in the front of the store.

Today, this popular tourist spot has added a coffee shop and a space for cultural events. The Bertrand Bookstore sells books in English, Portuguese, Spanish, and French. Additionally, ebooks are offered in Portuguese and English.

While Guinness declares Bertrand’s the oldest bookstore in existence, the earthquake that ceased Bertrand’s operations for a brief moment creates some debate on this fact and leads us to… 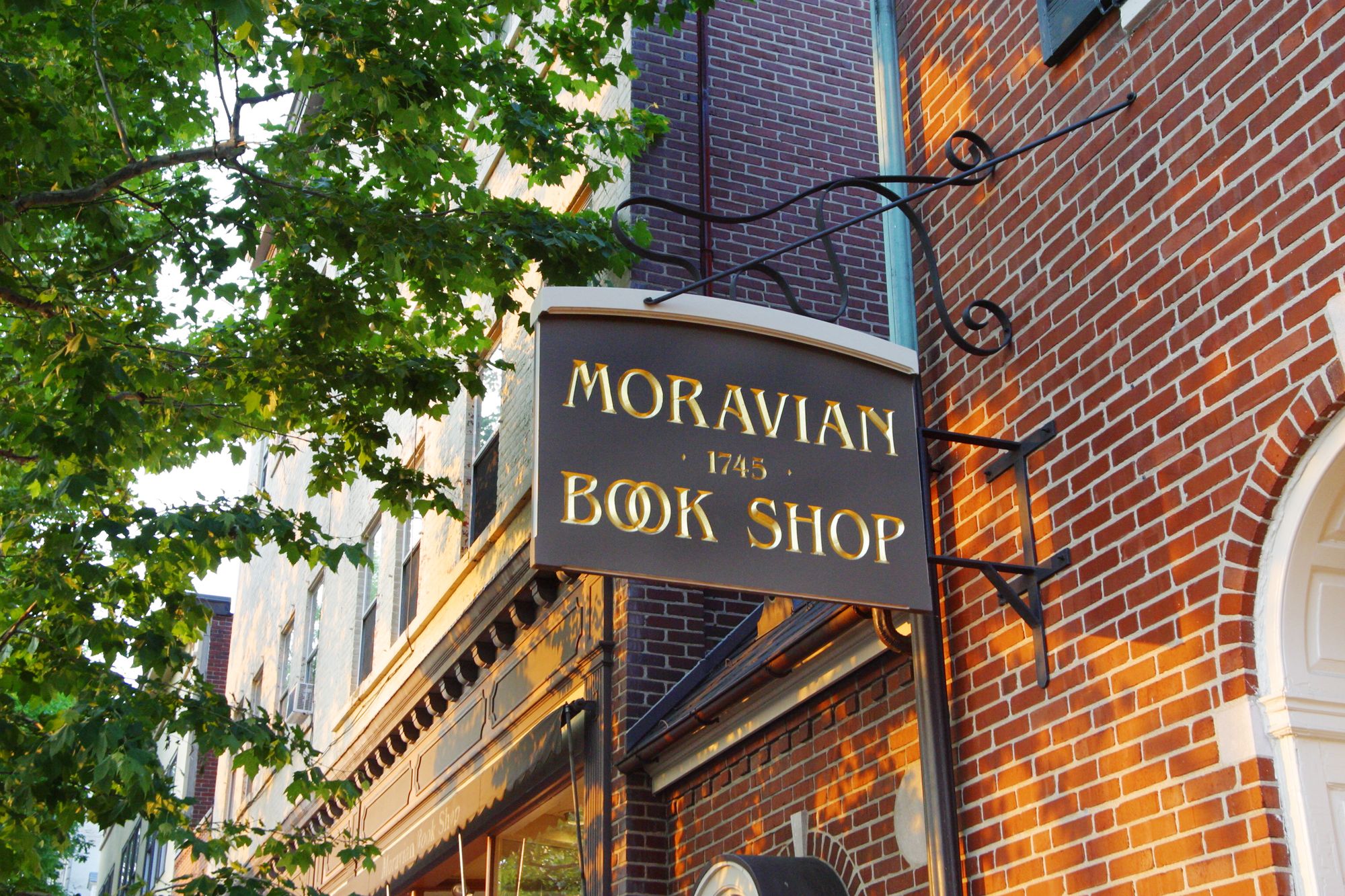 Moravian Book Shop in Bethlehem, PA. Opened in 1745 it is the oldest bookstore in the United States. As reported by The Guardian, this spot could actually be the oldest, continuously running bookstore in the world. Founded by Samuel Powell, after the prompting of a local Moravian bishop, the original shop housed mostly religious text. The store was relocated several times, including to Philadelphia where it sold and printed books.

This once small bookshop has grown to over 15,000 square feet and opened a second location in Allentown. While roaming the aisles that hold more than 10,000 books, if you work up an appetite flipping through pages, there is a deli counter along with a gourmet candy shop inside Moravian. The store is well known for selling the traditional German Christmas decoration called the Moravian Star. Each year the store sells hundreds of these 26-point stars which are also called Advent Stars.

Some have reported the Moravian to be haunted by a dark figure. Employees hold annual ghost tours through the town’s spooky landmarks. While the ghost may haunt the shop at night, during the day there are book signings, discussion groups, kids’ story time and more.

Whether you’re on team Bertrand, Moravian or Korn & Berg, in this day and age, we can all agree that while even large bookstore chains are struggling to stay in business, it is a wonder to see these pieces of history continuing to stay in operation. Selling books to avid readers and the sentimental tourist, they continue to keep their story going.

(This article originally published in 2017 on the website for CompleteSet)

Added to your cart: